Halloween is almost upon us! And the ghosties and ghoulies and long-legged beasties plus princesses and super heroes will soon be knocking at our doors (in the United States) to get their treats so that they don’t trick us. I have heard Trick or Treat described as a juvenile protection racket!!

So why have a discussion of Halloween on a site about Christmas Creches? The origins of Halloween are wrapped up in the Christian calendar, and like other Christian observances, the Christian Church co-opted a pagan holiday to enable to local population to have something familiar, yet different, to celebrate. 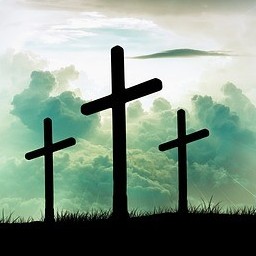 Everyone you ask will state that Christmas is the most important Christian holiday! But it is not! The most important Christian holiday is the Feast of the Resurrection, or Easter. The death and resurrection of Jesus is the central reason for Christianity so we celebrate it for a season of 50 days with 40 days from Easter Sunday until Ascension Day, when Jesus rose into heaven in the sight of the Apostles, and another 10 days until the Apostles received the gift of the Holy Spirit on Pentecost.

Christmas, or the Feast of the Incarnation, is the second most important holiday for the Christian Church. It celebrates the birth of God in the person of the infant Jesus who was both truly God and truly man all at the same time. It is also a season of 12 days. This is the reason for the song “The Twelve Days of Christmas”. The 12 days allow for the arrival of the three kings on the Epiphany (January 6th). There are also many other things that happen during the Season of Christmas.

The third most important day of the Christian calendar is the Feast of Pentecost, which we briefly mentioned above is when the 11 Apostles received the gift of the Holy Spirit and began preaching to the people in Jerusalem for the festival. This is considered to be the birthday of the Christian Church because the Apostles were empowered to go out into the world to preach the Gospel and spread Jesus’ message.

The fourth and fifth most important days of the Christian calendar are two feasts that are celebrated back-to-back on November 1st and November 2nd. They are All Saints Day and All Souls Day. All Saints Day, like its name implies, celebrates all the saints of the church both in the past and those yet to come. It is followed by All Souls Day which celebrates the lives of all the souls who have departed this life.

Christians also celebrate the Feast Days of major Saints and major events in the life of Jesus. These happen all throughout the year.

Christmas is the feast that gets the most attention because of the amount of commercialization that surrounds it. The season itself is basic enough. The Jews were living in a country, Palestine, that was occupied by the Romans who were harsh and ruthless in their treatment of the population. Their sacred scriptures foretold of the coming of a Messiah who would return Israel to its glory and place with God.

Christians believe that the Angel Gabriel was sent by God to visit the maiden Mary to tell her that she would bear the Son of God. Mary, and her betrothed Joseph, accept this and travel to Bethlehem to be counted in the census decreed by the Roman Emperor Augustus. Jesus is born in Bethlehem. The local shepherds visit the baby Jesus first because they were told to by an angel. 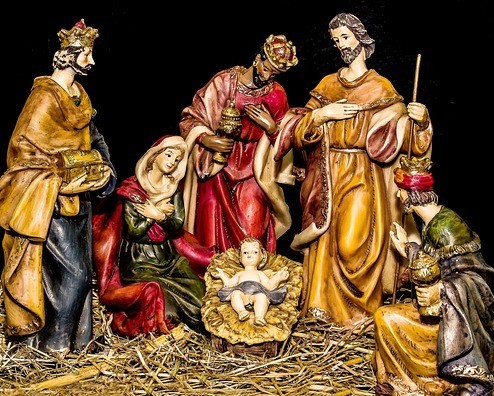 The three wise men travel from the east following a bright star that settles over the place where Jesus lay. They present him with three gifts: gold (for his kingship), myrrh (for his death), and frankincense (for his divinity). It is from these gifts that Christians developed the tradition of giving gifts to one another at Christmas. And they can get extravagant — just look at the gifts given in the song “The Twelve Days of Christmas”!

As mentioned above, the fourth and fifth most important feasts for Christians are All Saints Day and All Souls Day. The feast of All Saints is sometimes referred to as All Hallows. To hallow something is to make it holy, or saintly. The Saints provide the rest of us with a good example of the Christian life and the way we are supposed to live. The observance of All Souls Day reminds us that the Church is made of two parts: The Church Militant which comprises all Christians currently alive, and the Church Triumphant which comprises deceased Christians.

For many Christian feasts, the celebration can begin the evening before on the Eve of the Feast. Christmas Eve is the most well-known of these. For All Saints Day, the Eve is on October 31st which is then known as the Eve of All Saints, or the Even of All Hallows. It then becomes All Hallows Eve or Halloween. 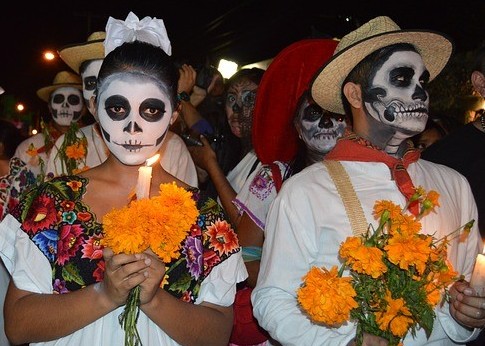 There is also a great deal of celebration around the Day of the Dead, or La Dia de Los Muertos. This is a celebration that originated in Mexico, at least in its most common form and last from All Hallows Eve through All Souls Day. This is a day that is a celebration for our loved ones who have passed on. The graves of our loved ones are decorated with food and sweets that the departed enjoyed while alive. National Geographic put together a good article describing La Dia de Los Muertos. It is important to remember that this observance is not a sad time, but a happy one as families celebrate their departed loved ones.

Everyone loves a good party and Christians have them throughout the year. Each feast has its own history and its own reason for celebration. There are decorations for many of the feasts, but liturgical churches use the colors associated with the season. White for Easter and Christmas, red for the Day of Pentecost, red for All Saints, and black for All Souls. There are many local customs that surround each observance so explore and share those you have found.

4 Replies to “Halloween: On a site about Christmas Creches!?”