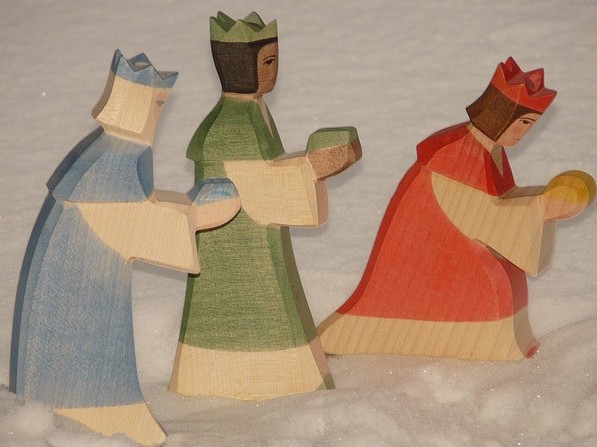 Welcome to the Feast of the Epiphany which is celebrated on January 6th. Twelfth Night is the evening of January 5th (gee, that sounds like the title of a Shakespearean play – oh wait, it is!). It also leads into the season of the Epiphany which views the life of Jesus in several important areas. All of these areas include activities where you can include your children as well as all other members of your family.

Epiphany is Part of Christmas

What!?! First, Christmas is a season of 12 days, and now Epiphany is part of Christmas! What’s that all about?

Christmas is the Feast of the Incarnation for Christians where we believe that God came into His creation as one of us, being fully human and fully divine. I’m not going to get into the theology of this. There are many others who are willing to. I believe it and that’s good enough for me. The season of Advent, that encompasses the four Sundays preceding Christmas Day, encourage you to prepare for the Incarnation for this is not something that you can just take on.

Then there is Christmas Day when we all celebrate the birth of Jesus as the Messiah of the Jewish nation. The Jews of that time were expecting a Messiah to come as a king who would overthrow the Romans and restore Israel to the glory it enjoyed under King David. That party lasts for 12 days.

The Feast of the Epiphany celebrates the revelation of Christ to the Gentiles who come as the Magi to the manger as the culmination of Christmas by introducing Jesus to the world. Epiphany has come to mean “a usually sudden manifestation or perception of an essential nature or meaning of something.” This was what the Magi experienced at the manger.

To recognize this, you should ensure that your children help the Magi arrive at the manger on January 6th! They should have been traveling on the way since December 25th with your children helping them along in their journey. You can leave your Nativity scene up through the end of Epiphany.

You can have your children make stars such as the Magi followed to Bethlehem and have fun decorating them in any way that they choose. The flashier the better! They can also help make star shaped cookies and decorate them in fanciful ways.

The story of Jesus’ Baptism is observed on the first Sunday after the Epiphany. There are several key features noted during 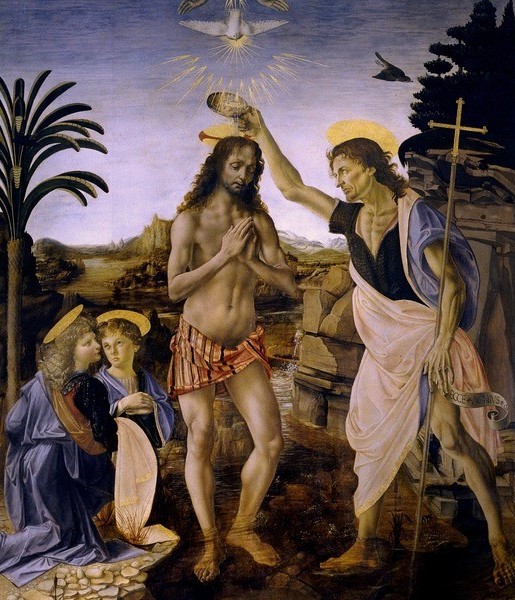 Jesus’ Baptism. First, John points Jesus out to his disciples as the Messiah. Second, the Holy Spirit descends on Jesus in the form of a dove as God completes the Baptism.

Children love to play in water, so let them baptize themselves. If you belong to a tradition that practices infant baptism, you can tell your children about their baptism and what it means. In the Orthodox part of the world, the priest will throw a cross into the local waters to bless them. The men will dive in to retrieve the cross. Your children can make cookies in cross shapes, and draw pictures of the baptism.

The second Sunday after the Epiphany has the story of the Wedding at Cana of Galilee. Jesus and his mother were invited to the wedding. Jesus brought his disciples with him. As the story goes, the wine ran out so Jesus’ mother, Mary, told him about the wine. Jesus had the servants fill up six large water jars (that hold 20-30 gallons) to the brim. He then had the servant draw out some and take it to the Chief Steward who pronounced it as good wine.

I don’t recommend that you have your children make 180 gallons of wine, but the story does show Jesus doing what his mother asked. You can have your children draw pictures of weddings and make cookies and cakes for a wedding. You can also discuss the meaning of miracles and how they occur out of the ordinary things of everyday life.

Epiphany is a season that grows and shrinks as required. It always begins on January 6th, but it ends on Ash Wednesday which is 40 days before Easter. The date of Easter was established by the Council of Nicea in 325 AD, and is determined in the Western Church by the date of the first Sunday after the first full moon occurring on or after the vernal equinox (March 21). This makes the length of the season of the Epiphany variable. But it always ends on Mardi Gras, or Shrove Tuesday, or Fat Tuesday.

Mardi Gras is known as a big party in New Orleans and other parts of the world (Buenos Aires and Venice). Throughout the

Epiphany, people eat King Cakes where a bean, or coin, or plastic baby Jesus, is buried somewhere within the cake. Whoever finds the baby Jesus throws a party on Candlemas (February 2nd). Candlemas is the traditional time when your decorations, yes, your Nativity, can be taken down and stored until next December.

To celebrate this with children, you can bring in an educational piece where they can determine the date of Easter using worksheets developed by Dr Mike. If you are not a math nerd like me, then you can bake a King Cake, but be sure to decorate it in the customary three colors of green, purple, and gold. As defined by the Krewe of Rex in 1872, the color purple is for justice, the color green is for faith, and the color gold is for power.

King Cakes can be quite elaborate so you can celebrate with something specific to Shrove Tuesday — pancakes! Pancakes are traditionally eaten on Shrove Tuesday, Mardi Gras, Fat Tuesday, in order to use up the butter, eggs, and fat that are given up during Lent. In the United Kingdom, they have a tradition of pancake races where people play games with their pancakes such as relay races. This is probably what my pancakes are best used for since they rarely turn out edible. The whole point is to have fun before the penitential season of Lent.

If you observe Christmas as it is meant to be observed, from the first Sunday of Advent through Christmas Day and Twelfth Night to Candlemas and Shrove Tuesday, you can have a wonderful two months with your Christmas Creche. It is a good way to involve your children in meaningful activities and discussions.

Please continue the discussion by leaving me a comment.

6 Replies to “Epiphany Activities for Children: With Your Christmas Nativity Scene?”