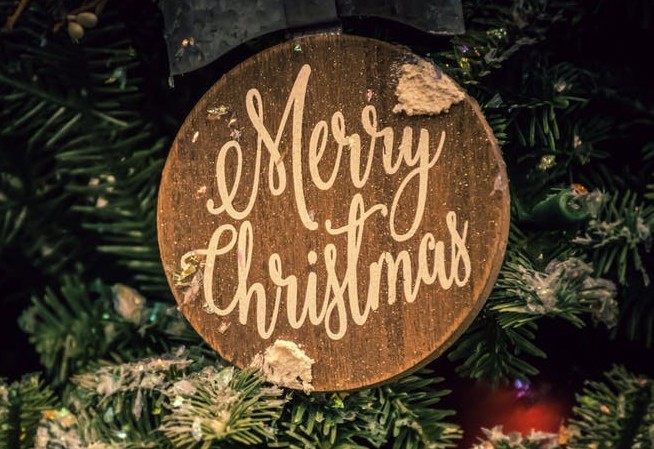 Many people think that as soon as December 25th is past that Christmas is over. I want to let you know that it is not! Christmas is a party that lasts 12 days!

Just like the Christmas song that everyone loves to hate, Christmas is 12 days long. Why 12 days? Why not! I have no idea why Christmas lasts 12 days except to note that it lasts until January 6th.

January 6th is the Feast of the Epiphany which celebrates Jesus’ introduction to the world beyond Israel. How did this happen when Jesus is still a baby bedded down in a manger? The three kings (according to the song “We Three Kings of Orient, Are”), or three wise men, or three magi (which is the word used in the Gospel of Matthew where the story is found), visit Jesus on the Feast of the Epiphany. None of them were from Israel. They were from “the East” according to Matthew. 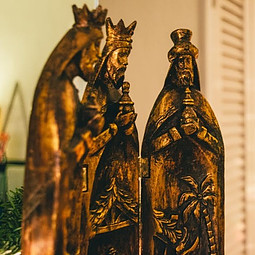 What do we really know about the three magi? The word magi is the plural of the word magus, which is Persian in origin. They were consulted by kings in the ancient world because of their knowledge of stars, and signs, and omens. This fits with the story that they found Jesus by following a star that settled over the manger in Bethlehem. (I don’t know about you, but when I look at the night sky, I cannot figure out how a star is above a particular point on the ground!)

Magi appear in the Hebrew scriptures as well in the books of Daniel and Esther. In these books, the magi are referred to as princes and wise men. If they were princes, why not kings? And they are called wise men, too! So there you have it! You can call them the Three Kings, the Three Wise Men, or the Three Magi. (In Boston, you sometimes hear them referred to as the Three Wise Guys! This works best with a Boston accent.)

Much of this material is from Christianity Today.

The Dark Side of Christmas

In spite of the parties and gift giving (which started with the Magi), there is a seriously dark side to Christmas as well. In the liturgical calendar it is observed on December 28th as The Murder of the Holy Innocents.

When the Magi wandered into Israel following the star, they did not know what they were going to find except that the portents and omens pointed to the birth of a king in Israel so they went to the current king, Herod the Great, in Jerusalem since they thought that he would know where the new king would be. King Herod did not know and was frightened of this new king so he asked the priests and scribes where the Messiah was predicted to be born. They told him Bethlehem was to be the birthplace of the Messiah. King Herod told the Magi this and asked them when they saw the star appear. The Magi told him and went on their way to Bethlehem.

Herod also asked them to return to him with the news of the new king so that he could go and pay homage as well. The Magi went to Bethlehem and found Jesus, presenting him with their gifts and paying him homage. They were warned in a dream not to return to Herod in Jerusalem so they went home by a different route.

kill all the children two years old and younger to ensure that he did not miss killing the Messianic king sought by the Magi. Jesus escaped this fate because Joseph was warned in a dream to take his family to Egypt because Herod wanted to kill him.

This is one of the saddest events recorded in the Bible and is foreshadowed by the story in Exodus where Pharaoh orders the slaughter of the Hebrew boy children.

What to Do With Your Creche

Most people just set up their creches and Nativity scenes and just leave them, but you can have some fun with them as well. Just as you should not place the baby Jesus in the creche until December 25th, you should not have the Magi arrive until January 6th. You can have the progressing towards the Nativity scene from somewhere in the East wherever you designate east in your home, and progressing towards the scene from December 25th until January 6th.

The Three Kings or Magi bring gifts of Gold, Frankincense, and Myrrh. So what are these all about?

Gold is easy. It is money. Some people equate this with foreshadowing Jesus’ kingship. The Frankincense and Myrrh are trade goods used by wealthy people at that place and time. Some attribute the Myrrh as foreshadowing Jesus’ death and sacrifice on the cross, and the Frankincense as foreshadowing his divinity. You can look at the gifts in this way or simply as really expensive gifts. This would explain how Joseph would have been able to take care of his family while they were in Egypt.

Other Observances During the Christmas Season

The birth of Jesus and the visit of the Magi are the bookends of the Christmas season. The Murder of the Holy Innocents is a sober reminder that we live in a dark and needy world. There are other notable observances during Christmas:

December 26th: St Stephen’s Day or Boxing Day. If you’ve ever sung the song, “Good King Wenceslas” you’ll note that he went out on the Feast of Stephen. This is December 26th. It commemorates the first martyr of the Christian church, the deacon Stephen. The story is told in the Book of the Acts of the Apostles, chapters 6 and 7.

Boxing Day is the observance from Great Britain and is so called because this is the day when the lords and ladies would give their servants their Christmas gifts (boxes) and allow them to celebrate Christmas since they were all busy on Christmas Day itself looking after their employers.

December 27th: St John the Apostle and Evangelist, the day of observance of the writer of the Fourth Gospel.

January 1st: Feast of the Holy Name of Jesus. Since this day is the seventh day after his birth, Jesus, like all Jewish males, is circumcised and named at the ceremony.

Christmas is more than one day of gift giving, feasting, and sales. There are many other things surrounding this holiday season that remind us of how dark humanity can be as well as to maintain the everyday traditions that surround us.

Seasons Greetings! Thank you for reading. Please leave a comment. 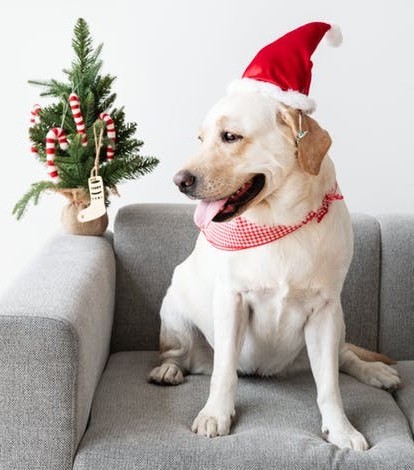