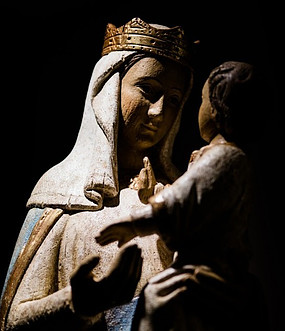 In Mexico and other Latin American countries, indeed in other countries in the Spanish-speaking world, there is a tradition of Las Posadas, a nine-day observance of the journey of Mary and Joseph from Nazareth to Bethlehem. The basic observance is the focus on re-enacting this piece of the story.

Las Posadas is the plural form of the word “inn” as it reflects Mary and Joseph trying to find room at the inn in Bethlehem at the end of their journey from Nazareth. The plural is used because this celebration lasts for nine days from December 16th until December 24th with groups of people moving from one house to another looking for room at the inn.

This is a celebration that re-enacts an event that is important for the faithful to learn. The Spanish missionaries in the 16th century used the method of re-enactment to teach religious doctrine to illiterate people. It is similar to the religious mystery plays of the Middle Ages except that here the faithful themselves are the actors.

The Aztecs in Mexico observed the Winter Solstice on December 12th. The Aztecs celebrated Tonantzin Guadalupe, their beloved mother of gods, on the winter solstice so the Spanish missionaries merged the two celebrations and used the pageant to teach the Aztecs about the birth of Christ. In 1586, Friar Diego de Soria obtained a papal bull from Pope Sixtus V stating that a Christmas mass be observed as novenas on the nine days preceding Christmas Day throughout Mexico.

Depending on the location, statues of Mary and Joseph (Peregrinos) are carried by the pilgrims. In other places, people are chosen each night to play Mary and Joseph. Sometimes children are selected just like any other Christmas pageant. Children may also be dressed as shepherds and angels. Pilgrims accompanying Mary and Joseph may also carry other religious figures.

Why does Las Posadas last nine days? The days represent the nine months of Mary’s pregnancy. Of course, it could also be to ensure the Aztecs’ celebration on the Winter Solstice was tied into the celebration of Christmas. Or everyone just likes a good long party.

There are three primary elements to Las Posadas.

The event begins with prayer, usually the Rosary. Some people will sing carols between the decades of the Rosary.

One person leads this procession carrying a lighted candle in a paper lampshade. Other people accompany Mary and Joseph carrying candles and singing songs as the procession moves from house to house.

Then the re-enactment of Mary and Joseph searching for room at the inn in Bethlehem. The group divides into two with one group singing from outside the house representing the Holy Family and the other singing from inside the house representing the innkeeper. The group is refused each time until they reach the house that has been designated as the inn. At this house, the pilgrims and Holy Family are permitted to enter. Sometimes this is a church, particularly on December 24th. The participants use sparklers at the last place.

Once inside, participants are given a bag of fruit while dinner is prepared. Dinner itself consists of such delicious foods as tamales and posole. The traditional drink is Mexican Ponche, a spiced hot drink made with fruit, water, and sugar. The drink Atole is also consumed. Atole is a warm drink made from corn meal and spices such as cinnamon. Adults can add alcohol to their drinks. After dinner, the host distributes aguinaldos to each guest. These are bags with sweets and cookies.

The evening ends with the pinata in the shape of a 7-pointed star. There is religious significance to the pinata:

Ideas for Your Own Celebration

If you want you create your own Las Posadas, take the basic outline and make it your own. If you are in a cold area, you may want to forego the outdoor procession and keep everything inside.

Las Posadas is as much a cultural celebration as a religious one, so if you are not particularly religious, you can decrease the number of prayers. The songs are part of the celebration and should be sung.

Music is an important part of Las Posadas. Music accompanies the rosary prayers, the procession proceeds with music and song. The traveler group sings to the group in the inn while the innkeeper group sings back to them.

If nine days are too many for your celebration, you can make it shorter or just one day with a big celebration. 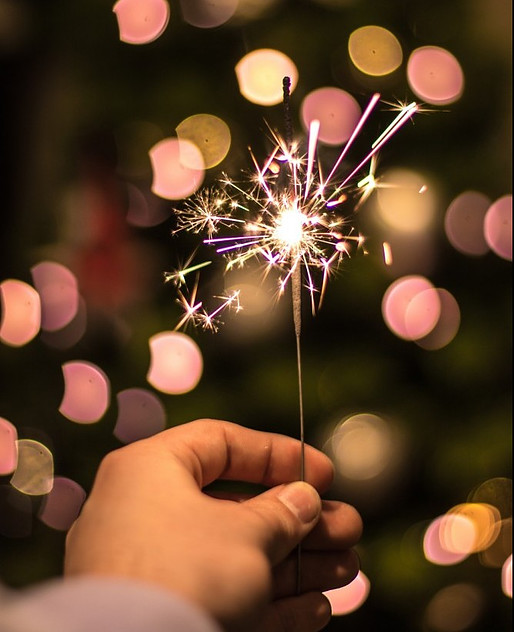