| No Comments
Spread the love 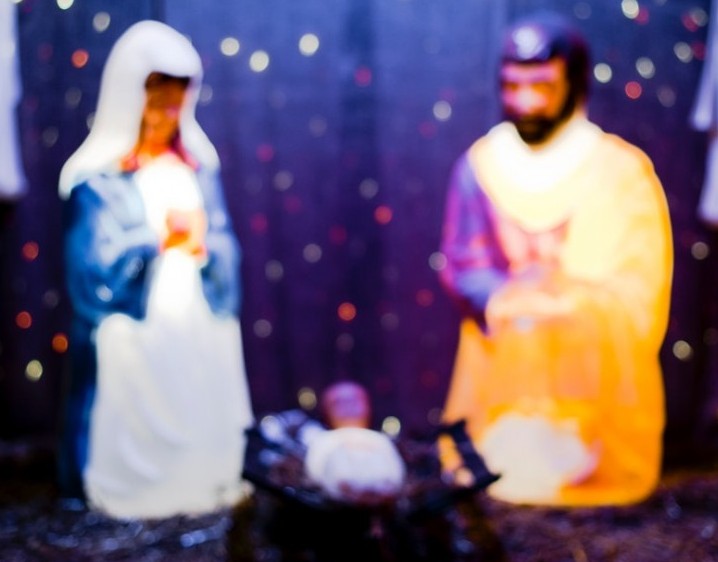 As Christmas approaches, people will begin to decorate their homes and yards for the holiday season. Amid the snow men and Santa Clauses there will be some Nativity scenes. These are usually innocuous unless they are on public land such as a school, town hall, or city park. This is where people will come out and complain and file lawsuits.

In the United States, there are challenges to placing a Nativity Scene on public land because it implies (so claim the lawsuits) the state establishment of religion in violation of Article 1 of the U.S. Constitution. This usually leads to a lot of shouting and ill feelings on both sides of the issue. The best practice is to leave off any religious or quasi-religious symbols such as Nativity scenes, Menorahs, or Festivus poles. While I personally have no issue with anyone practicing their religion, they can do so in other ways than using the government’s land.

Acceptable government decorations include Santa Claus and the reindeer, and Christmas trees (which have a Christian pedigree, but they are less overtly Christian in appearance). Regardless, let the local government spend my tax money on fixing the roads and paying for top-notch schools.

Churches are the natural homes of Nativity scenes and most churches have their own creches inside the church at Christmas as I previously discussed in Christmas Creche: What is It? Some churches also include a Nativity Scene outdoors. The really ambitious churches use live actors and animals for their scenes, but they have experienced problems as well.

The baby Jesus in these Nativity Scenes is frequently stolen and defaced or broken. It always makes the news, but police do little about it. Besides the fact that the baby Jesus shouldn’t appear until Christmas Eve, there isn’t much the location can do. Many put up fences and other containers to keep people away from the Nativity scene. If you think about the openness of Jesus during his lifetime, I’m not certain that He would agree with being kept behind a fence. I think that Jesus would like to have multiple copies of the baby Jesus for everyone to take if they felt so compelled.

I often wonder why people feel so threatened by the baby Jesus. I can understand it with the adult Jesus because he met everyone where they were. He also cleaned the merchants out of the temple and threw their tables about. This behavior would make anyone uncomfortable. But why should people feel threatened by the baby Jesus. Perhaps it is because of the perfect humility and innocence that a baby represents. Some people would feel threatened by that because it casts a light on their own lives and the need to change.

So what should churches do? Fence of the Nativity? Live with the theft or defacement? Or use this as an opportunity to practice the Gospel?

Many people use small Creches at home, but on rare occasions, you’ll see an outdoor Nativity scene perched on someone’s front yard. I really enjoy seeing them when they are surrounded by the other, more modern, signs of a secular Christmas including Santa Claus, reindeer, North Poles, snow men, and current cartoon characters. There are usually lots and lots of lights. I cannot tell if these displays are trying to show how much they can decorate, or if each item has a personal meaning for the homeowners. As one who does not decorate at all, I enjoy seeing the fruits of others’ labors. And I enjoy taking an extended drive around to see all the decorations.

There are other public places such as businesses or shopping centers where you may find a Nativity Scene displayed. Since these are privately owned, they can display anything they want wherever they want. As business owners, however, they are more sensitive to the needs of their customers and will generally not want to offend anyone lest they stop shopping at that location.

Are large outdoor Nativity Scenes art or are they a witness to the faith of the owner? They can be both. I think that some plastic resin figurines found in some Nativity scenes are less than artful, they may have meaning to the owner. To my mind, if the owner finds it to be art, then who am I to argue against his belief.

Is a large outdoor Nativity Scene a form of witness for Christianity? Yes, I think that it is. But what is it a witness to? How does displaying a Nativity Scene improve one’s faith? Who is benefiting from the display? If you are displaying a Nativity to show that you are a better Christian than someone who doesn’t display it, then you will probably be disappointed. I don’t think that Jesus would like his birth to be used to figuratively beat someone else over the head with your view of the faith.

When I lived in Texas, I used to see people at Christmas sporting large wreaths with a bow affixed to their front grill. After wondering how they kept if from being destroyed while they drove, I then enjoyed seeing them. I also wondered how non-Christians would react to seeing the “wreath cars”, I shouldn’t have worried. I soon saw Suburbans (and everyone seemed to drive Suburbans in Texas) sporting Menorahs strapped to the roofs. I do love people with a sense of humor.

Large Nativity scenes are part of the landscape in Christian countries, but they have caused controversy in the past. In determining whether to set up an outdoor Nativity scene, one should decide why they want to use the display, and if they will inadvertently cause offense to someone they did not want to offend. The Golden Rule provides good guidance, “Do unto others as you would have others do unto you.” Or, since we’re talking about the baby Jesus here, “As you did it to one of the least of these who are members of my family, you did it to me.” (Matthew 25:40)